Is Black Friday on its way out? - Stand Marketing
1294
post-template-default,single,single-post,postid-1294,single-format-standard,bridge-core-3.0.2,qodef-qi--no-touch,qi-addons-for-elementor-1.5.5,qode-page-transition-enabled,ajax_fade,page_not_loaded,boxed,,hide_top_bar_on_mobile_header,qode-content-sidebar-responsive,qode-child-theme-ver-1.0.0,qode-theme-ver-29.2,qode-theme-bridge,disabled_footer_top,wpb-js-composer js-comp-ver-6.10.0,vc_responsive,elementor-default,elementor-kit-1498

Is Black Friday on its way out?

Home > Marketing strategy  > Is Black Friday on its way out?

30 Nov Is Black Friday on its way out?

Posted at 22:53h in Marketing strategy by Carol Niemi
Share

In my previous blog, I applauded REI’s decision to close its doors on Black Friday and pay its employees to stay home and enjoy the great outdoors. But though its brick-and-mortar stores were closed, its website was wide open. 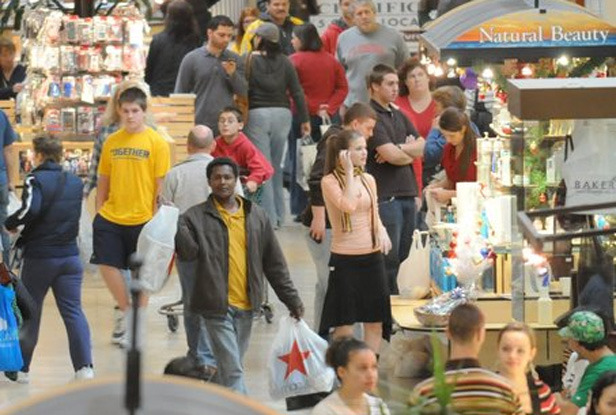 Based on stats from the National Retail Federation (NRF) published in the Nov. 30 Atlanta Business Chronicle, REI was onto something. According to an NRF survey of shoppers over the weekend, while 102 million people shopped in stores, even more – 103 million – shopped online. Furthermore, the NRF says 121 million people plan to shop online today, Cyber Monday. Though that number is less than the 126.9 million who planned to shop online last year on Cyber Monday, the NRF attributes this year’s lower number to the online deals that started last week.

Further reducing the need for shoppers to go from store to store, 78 percent of them will use smartphones to look for deals this year according to fatwallet.com, which publishes online discount deals.

So, what does all this mean? For one thing, a brand like REI can stand for something – such as letting its employees enjoy a two-day Thanksgiving holiday – and still not break the bank. And is it possible that the Internet via online shopping might actually be good for business and human relationships? If people are doing more shopping online and spending less time running around hot crowded malls, might they actually be following the advice offered by the REI “OptOutside” campaign – doing more things that are good for the soul and spending more time with their families? And when they do inevitably go to the mall, might they enjoy it more?