Why you need a storyteller in a digital world/Stand Marketing, LLC
28
page-template-default,page,page-id-28,bridge-core-3.0.2,qode-page-transition-enabled,ajax_fade,page_not_loaded,boxed,,qode-title-hidden,hide_top_bar_on_mobile_header,qode-content-sidebar-responsive,qode-child-theme-ver-1.0.0,qode-theme-ver-29.3,qode-theme-bridge,disabled_footer_top,wpb-js-composer js-comp-ver-6.10.0,vc_responsive 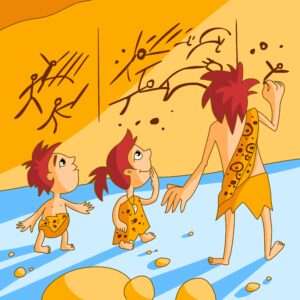 Whether your brand is B2B or B2C, you can’t persuade people to do business with you by merely presenting features and benefits. People do business with people they trust. You have to stand for something they believe in.

Why you need a storyteller in a digital world.

Today’s consumers are in a state of sensory overload:

So, how do you get anyone to notice you? How do you keep their attention? How do you even begin to persuade them?

Tell them a story.

But why resort to such an ancient technique in the digital world? Because throughout human history, the one thing that has engaged and persuaded human beings is storytelling. According to Adweek, storytelling is “the only way to change deeply entrenched views.”

The power of authenticity.

Nothing illustrates the power of authenticity better than a story from the Golden Age of Advertising. In 1962, Hertz was the dominant car rental company. Avis was a distant second, with only 11% of the US market. Then it launched a campaign with a headline claiming, “Avis is only No. 2 in rent a cars.” The rest of the headline asked the obvious question: “So why go with us?” The opening line of the copy provided a credible answer: “We try harder.” In three sentences, Avis wiped out Hertz’s advantage and obliterated everybody else. People noticed them, believed them and rented their cars. Avis employees believed too and delivered. Four years later, Avis had 35% of the rental car market.

Since then, Avis has tried numerous other strategies, but whenever things get tough, it reincarnates “try harder.” You can’t beat authenticity.

Persuasion is art. Tactics are science.

Once you have your story, you need to be sure you’re using the right media and reaching the right people – in other words, using the right tactics. The chart below comes from Louis Sawyer, one of the best account guys I’ve ever known. As the chart suggests, figure out where your greatest need is – for example, creating awareness – and you’ll know how to allocate your resources.

Market: Your entire possible market – i.e., 100% of all prospects. Market research is the tactic for identifying them.
Aware: You will always have fewer people aware than are in your total market. Your homepage, social media, targeted internet display ads, traditional media advertising, email marketing, newsletters, trade shows and event sponsorships will all raise awareness.
Consider: Of those who are aware, only some will consider purchasing from you. Use SEO (organic search) and SEM (paid search) to bring active buyers (people searching your keywords) to your website products page to increase consideration. .
Purchase: Of those considering, only some will actually purchase. Here’s where you need point of sale materials or support materials for your sales force.

Stand for something. Be authentic. Remember Avis.